The Danskin Run: with slapping, punching and a guy named Tim

While Ann Marie did not enjoy the swim portion of the race, 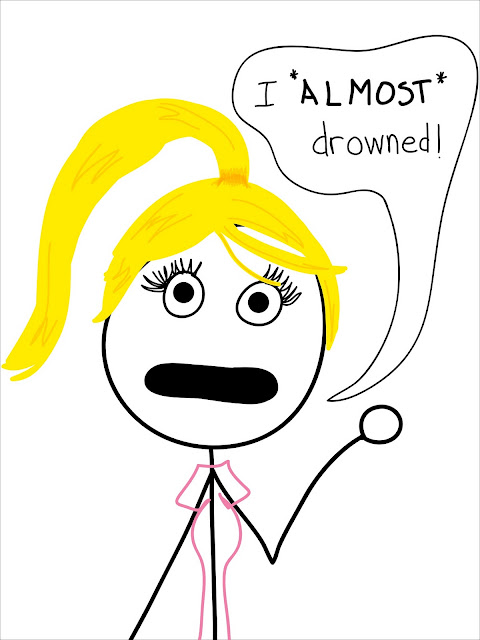 she is definitely the stronger runner.  Wait.  That may make me sound like I'm a good swimmer.  I'm not. 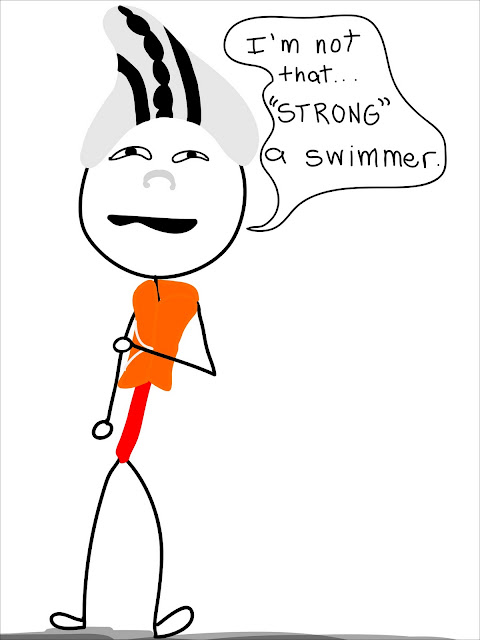 An homage to one of my favourite SNL skits.

Ann Marie is a running machine.  So she set the pace and I just tried to keep up.  We were very surprised to see TriGuy once again taking our picture (he's a pretty fast runner too!) Since we were in the Buddy wave, the majority of racers were walkers at this point.  We wove through lots of chatty groups and I was shocked to discover we'd finished the first mile in 9 minutes flat!  We passed by volunteers handing out high fives. 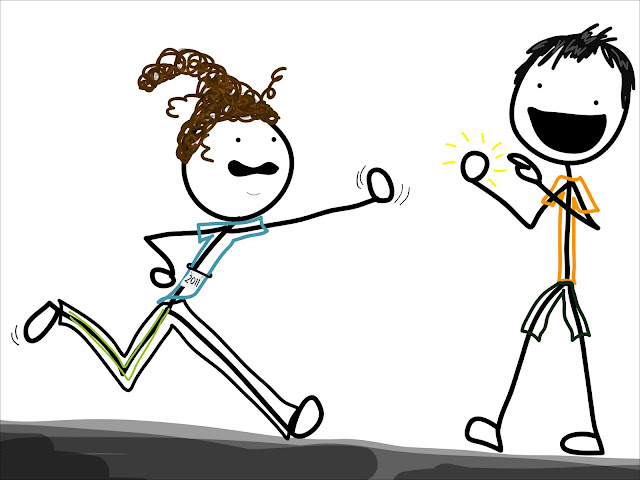 We hit the turn-around and once again clocked in a 9 minute mile!  We dutifully trudged up the hill on the last mile.  As we got ready to hit the corral, there was a surprise waiting for Ann Marie: 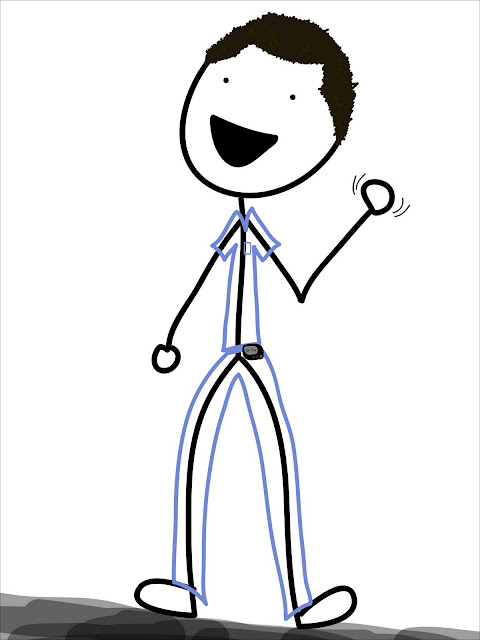 Fresh from performing surgery, her husband was waiting by the finish line!  (He will henceforth be known as Dr. Tim because he is an orthopedic surgeon...and if you don't know his name at this point, then it is Stephan.)

As we got to the very last stretch of the race, Ann Marie yelled at me to sprint to the end. 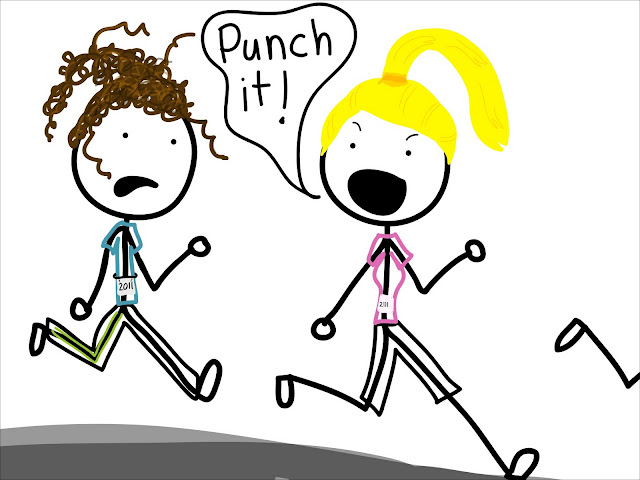 I complied with great enthusiasm. 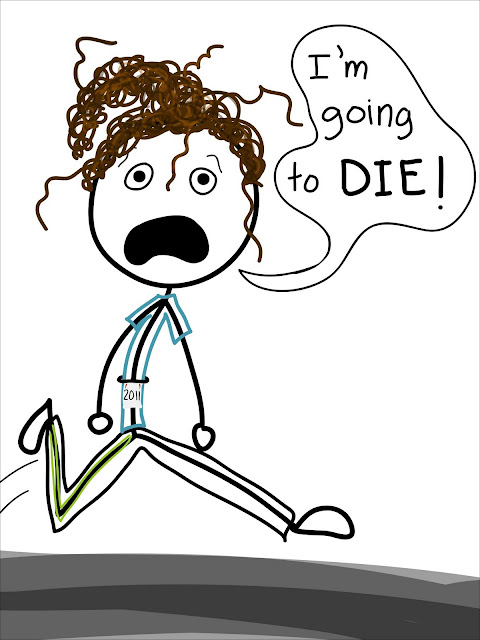 We crossed the finish, ditched our timing chips and got our medals (I did not die, thanks for asking :D).

The lady who finished right ahead of us came up to Ann Marie to thank her for encouraging her to run at the end. 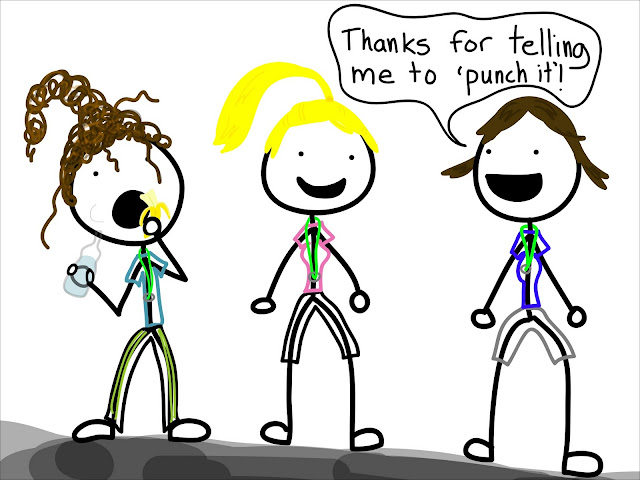 Ann Marie was glad to have inadvertently cheered on a fellow racer.

Medals acquired and photos taken, it was time for some post-triathlon burgers and sweet potato fries! 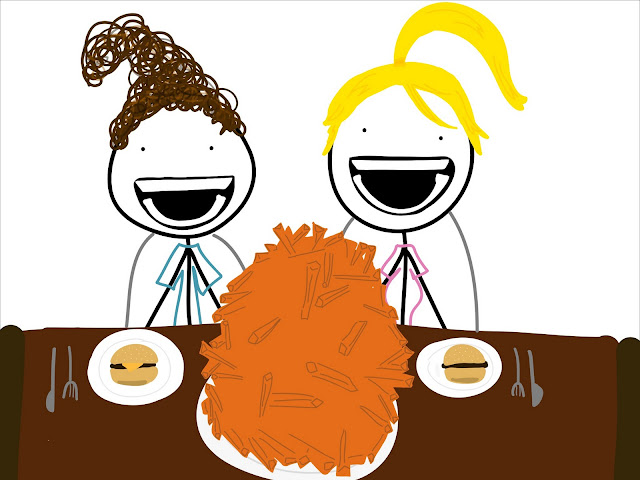 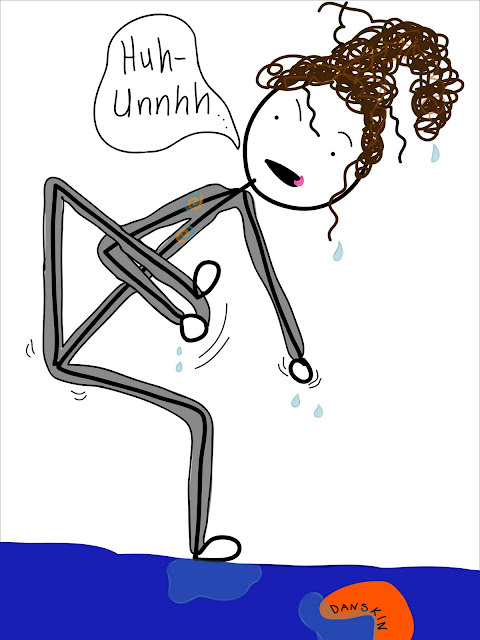 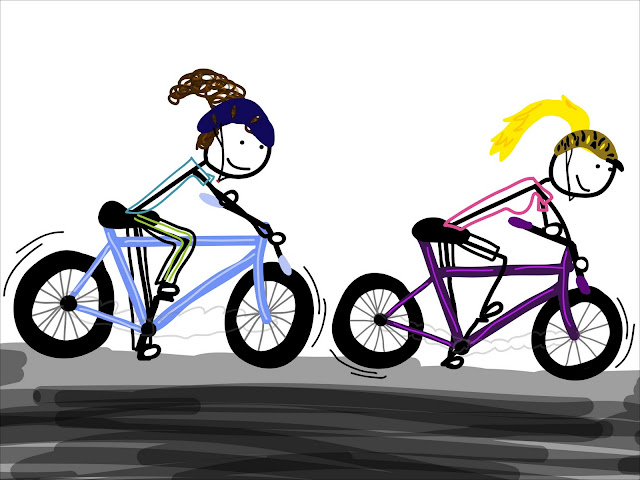 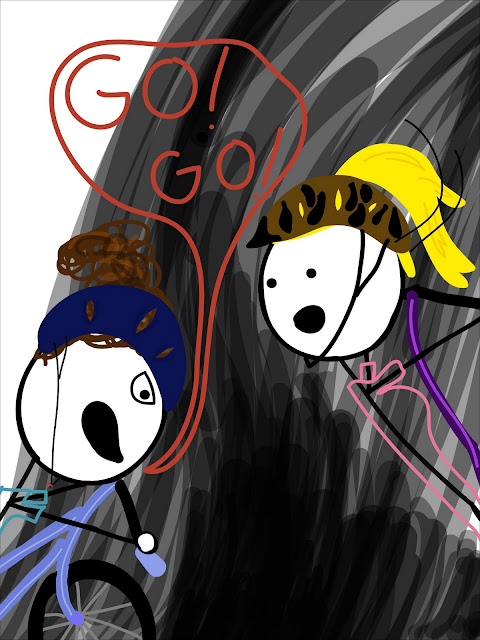 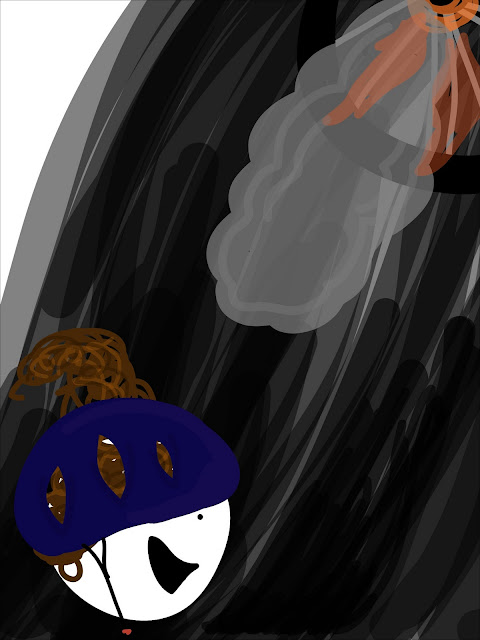 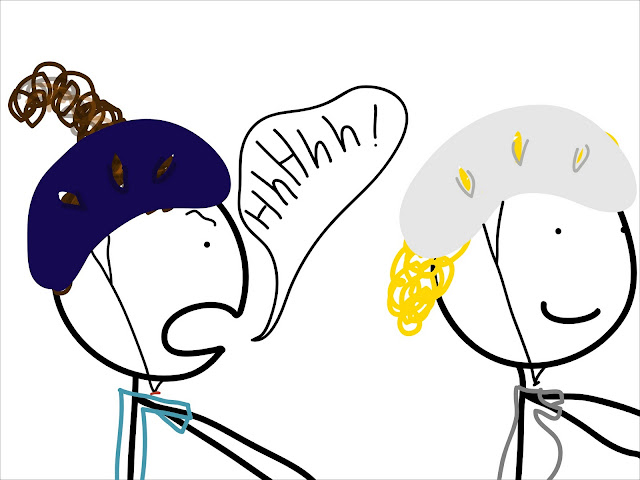 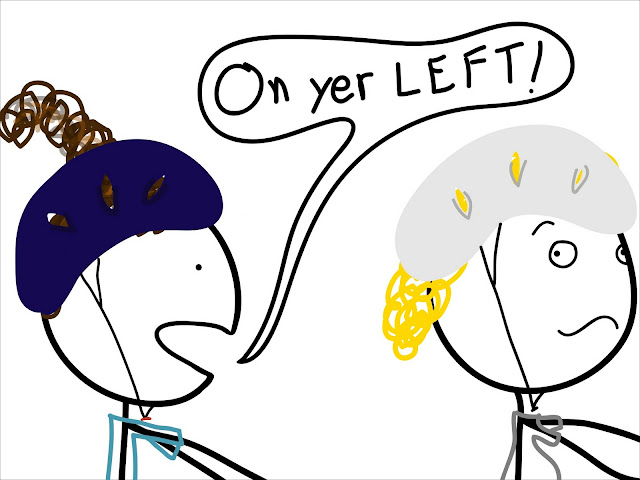 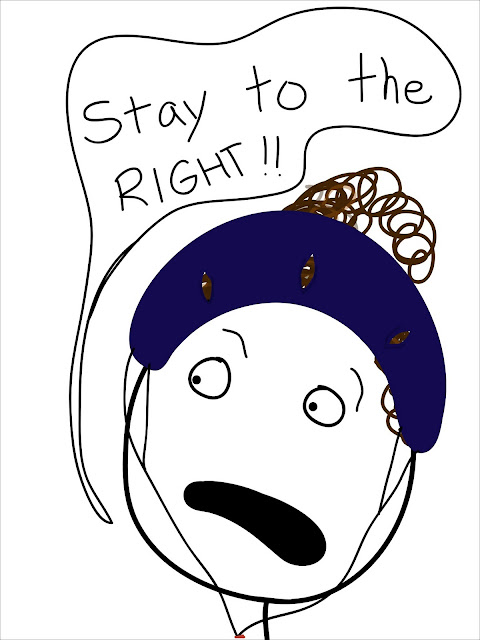 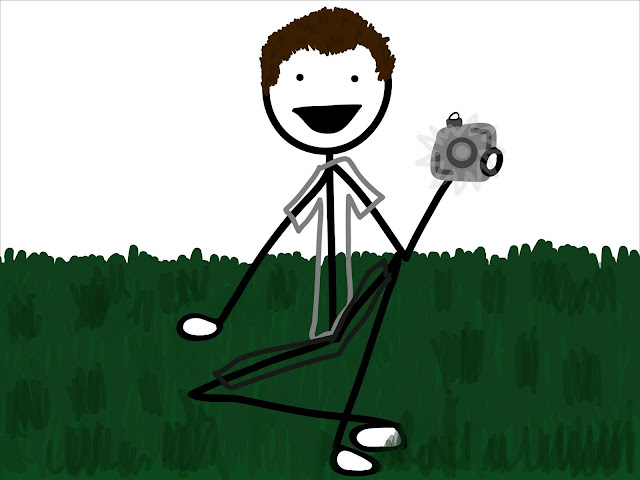 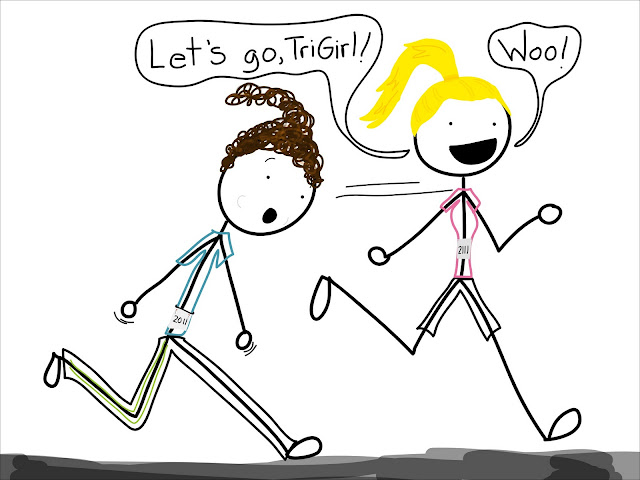 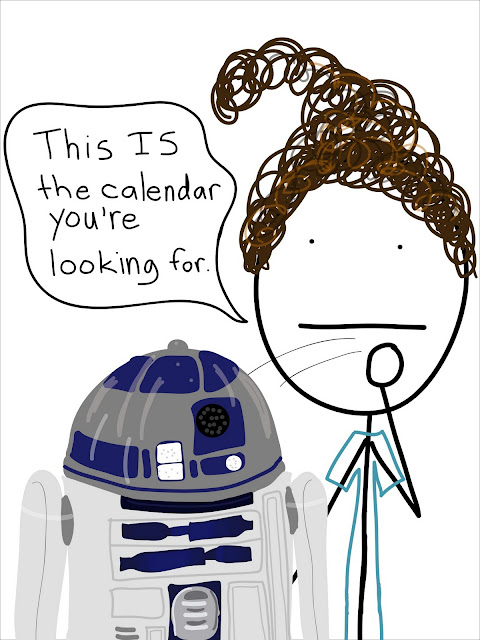 Happy ChristmaHannuKwanzaakah, with a Side of Serenity.

Here at Tri-ing to be Athletic we are a multi-ethnic family.  So, 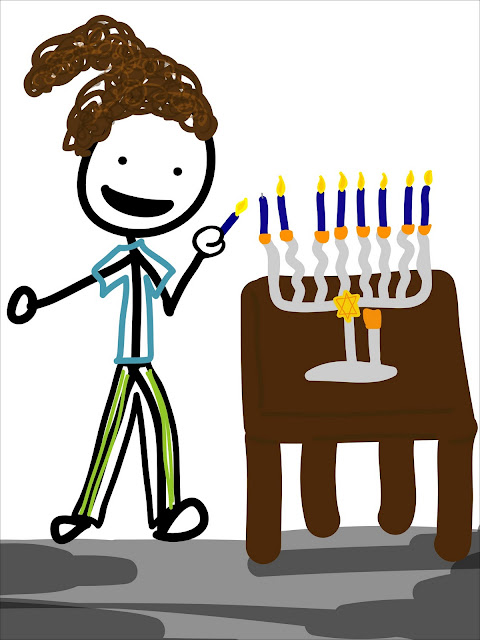 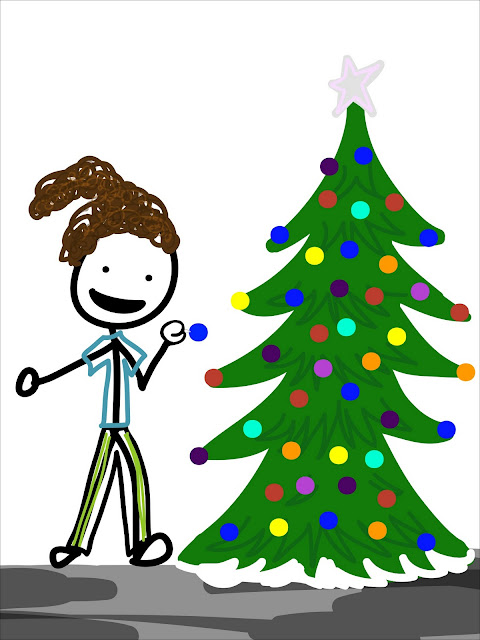 And if you celebrate Kwanzaa, 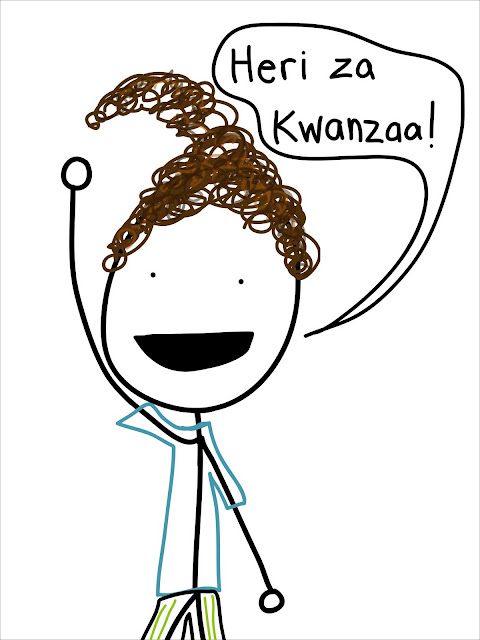 (That means "Happy Kwanzaa" according to the official Kwanzaa site.)

And if you don't partake in any of the above celebrations, 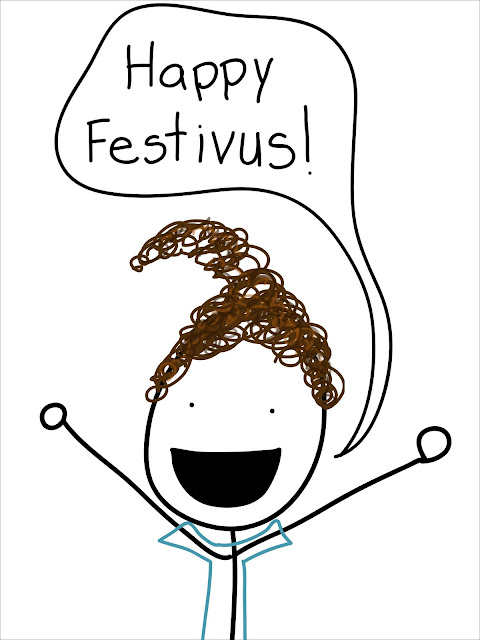 I hope you're all enjoying some time off as I am this week. 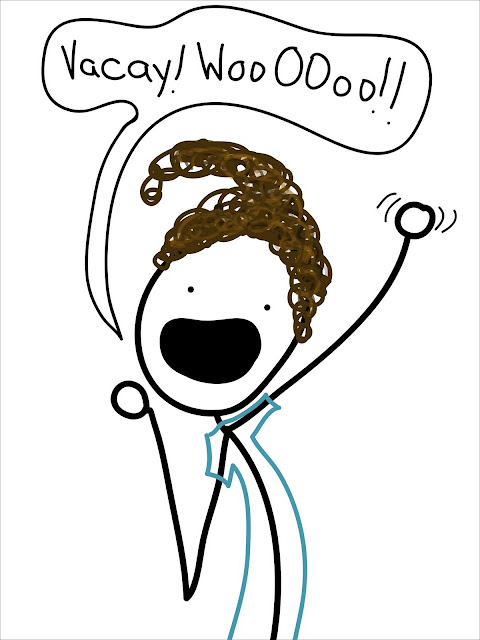