As the race started, we all took off running.  I decided to let everyone pass me so that I could make sure no one was following us (hehe). When I got to the 1.5 mile marker, I moved over to the water station and prepared to glide by as I expertly picked off a cup of water. 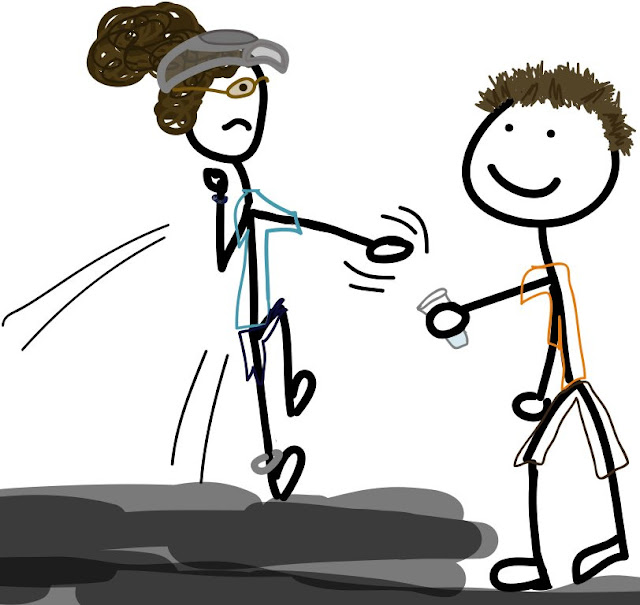 And when *that* didn't work, I stopped in front of someone and let them hand me the cup.

I took a couple of sips, tossed my cup to the side of the road (oh yeah, now I'm a runner) and subsequently noticed the plethora of garbage cans lined up for just that purpose. 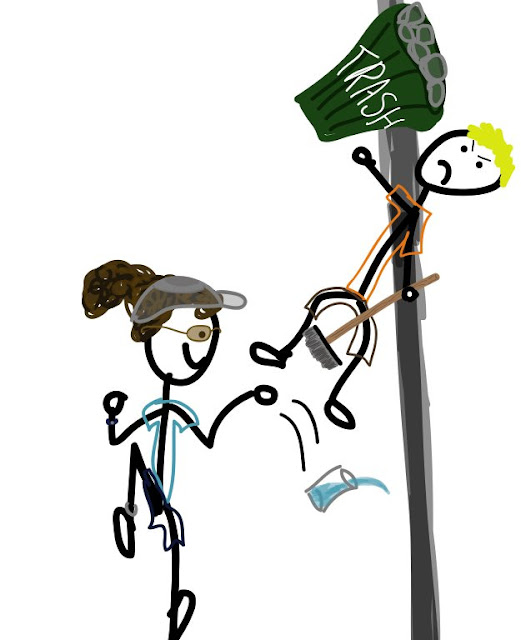 I sheepishly continued on my way, and strategized that whole next mile and a half about getting that cup! 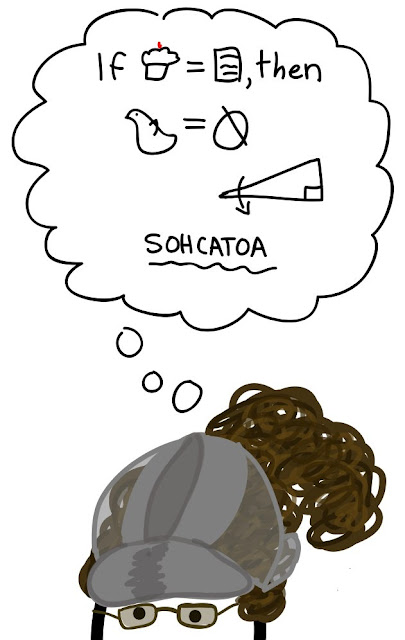 When I reached the water station, I walked over to the table, stopped, and grabbed the cup! 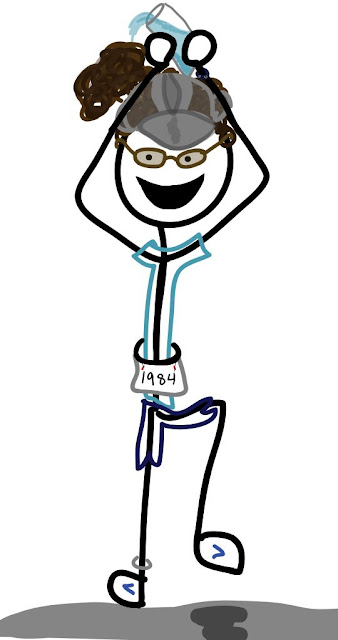 I took a sip.  It was at that moment I realized I *may* have celebrated a smidgen early. 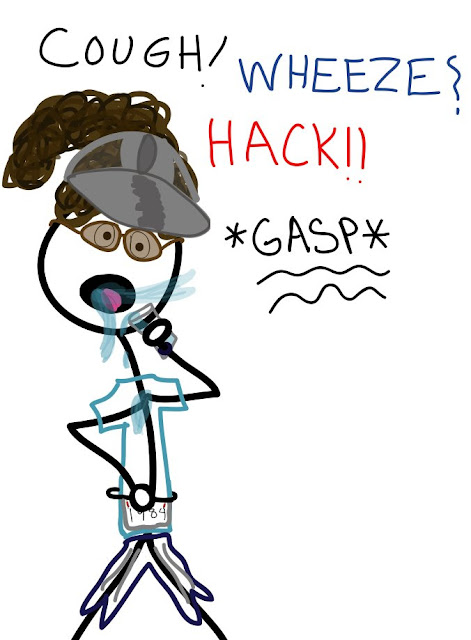 Turns out, trying to swallow whilst simultaneously trying to catch one's breath really messes with the whole suck/swallow/breathe cycle.  Once I was back to inhaling more O2 than H2O, I threw out my cup in the garbage can (yep, I learn real quick) and was on my way once again. 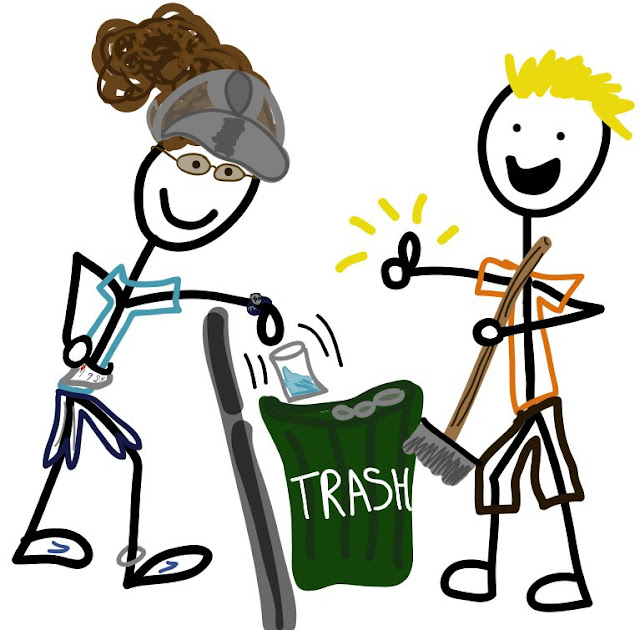 At each of the subsequent water stations I finessed my system of walk, grab, choke sip.

After about an hour I was getting pretty hot, so I decided that at the next station I would pour a cup of water over my head. 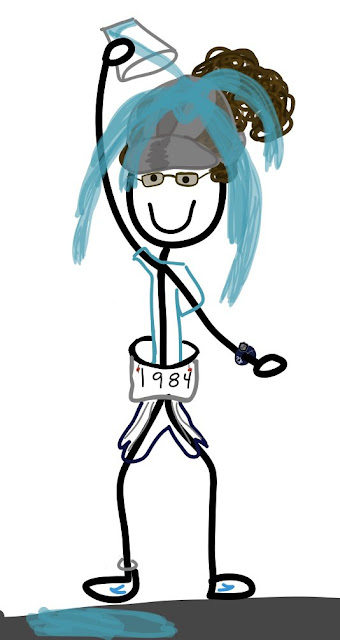 Remember how I said my hat was waterproof?  Yeah.

I decided instead to take advantage of the friendly offers from children with super-soakers to help cool me down. 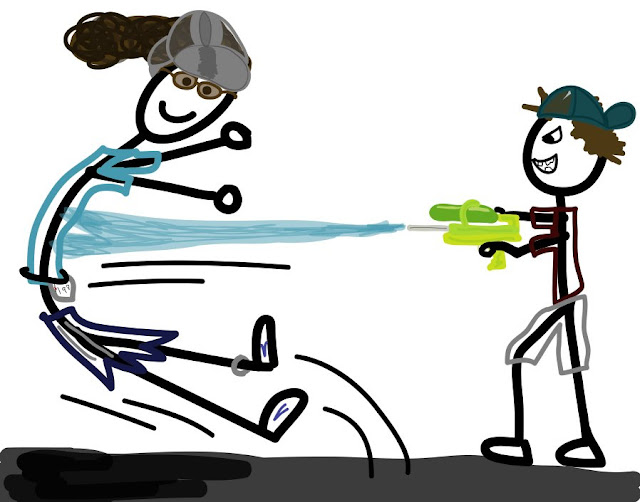 I now had two methods (drinking and soaking) to get me to the finish without dissolving into a puddle of sweat and regret; which I managed to do ahead of 19 others...some of whom may or may not have been walkers.

I made it to the finish line, clocking in at 2:32--a very satisfying time for my first race.  I smiled for my photo, then went over to share some witty banter with the volunteer who removed my race chip. 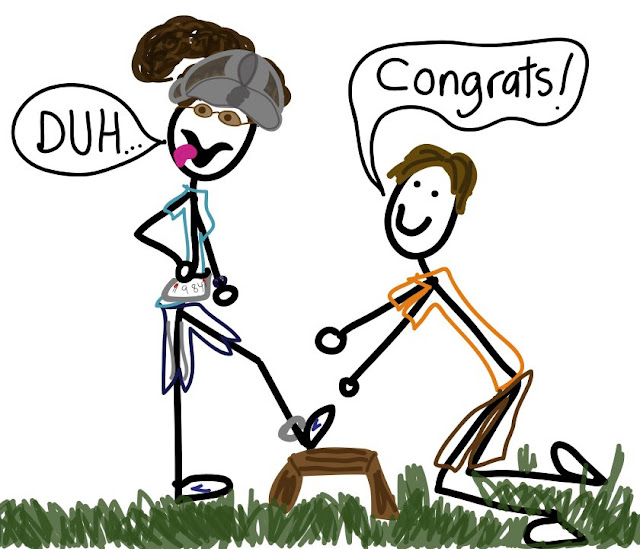 Dave found me lurching toward the food table. We had both finished our first respective races and were riding high on endorphins! We spent the rest of the day eating 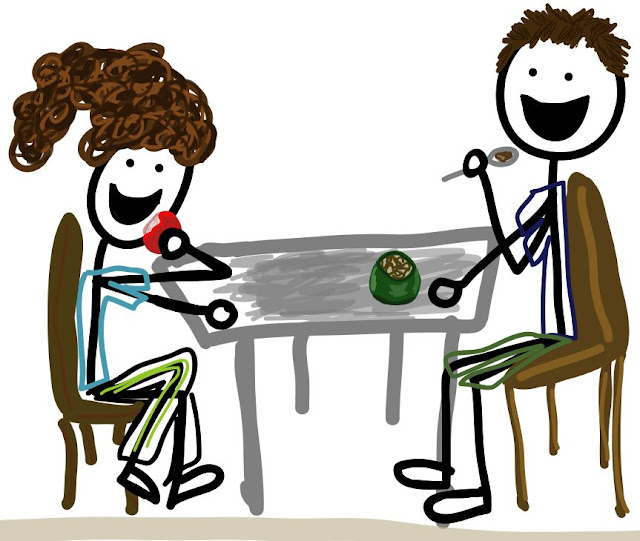 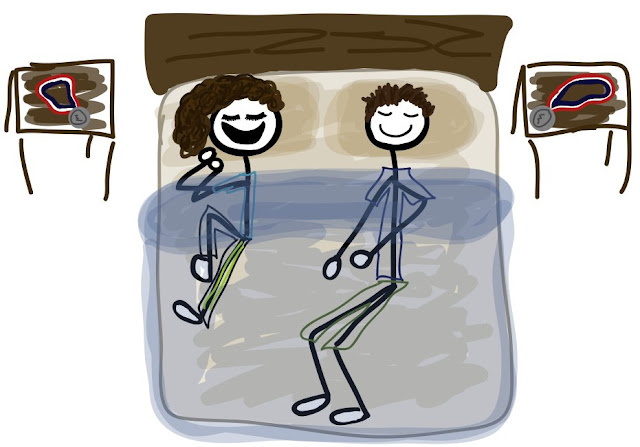 *This post kinda got away from me, but I wanted to share my first race with you guys!  So, even if I took you down a different path than you were expecting, I hope you enjoyed it :)