After my first very successful bike ride (see previous post) it was time to head for the trails!  At that point I honestly would have preferred to head for the hills, but I was already committed.  Sooo, we threw the bikes in the car and drove off to the very popular Burke-Gilman trail.  I sat in the passenger seat in a zen-like state of calmness, confident that I had already gotten the crash out of the way: 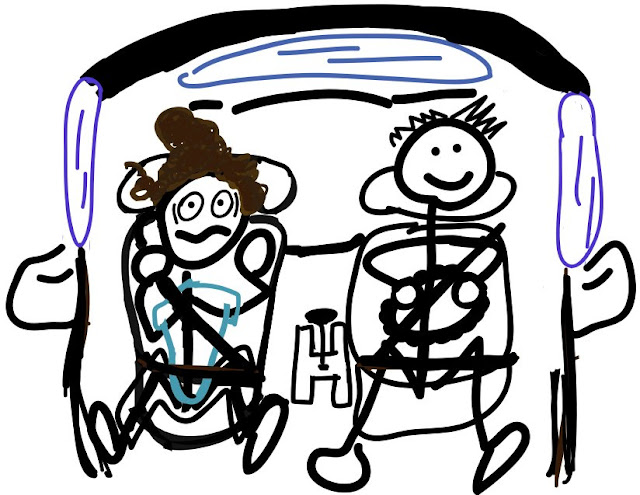 Well, maybe I was a *little* nervous.


Once we arrived, I put on my protective gear. 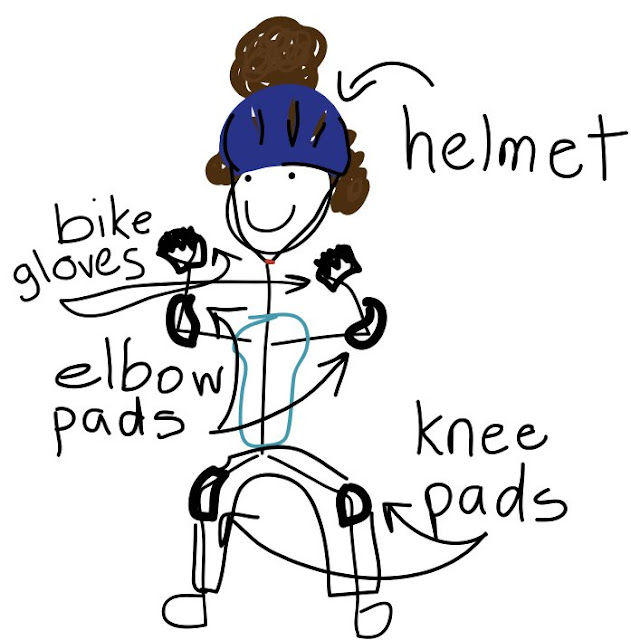 Dave offered helpful hints that would make me more stable and competent on the bike.  Things like gentle weaving to help with steering 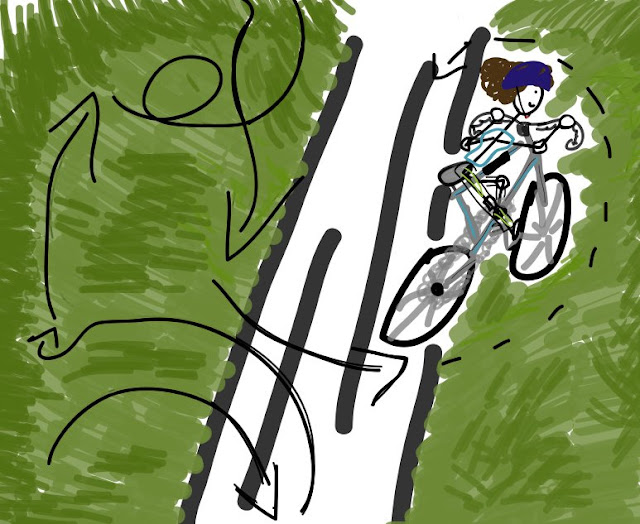 and braking to help with, you know... 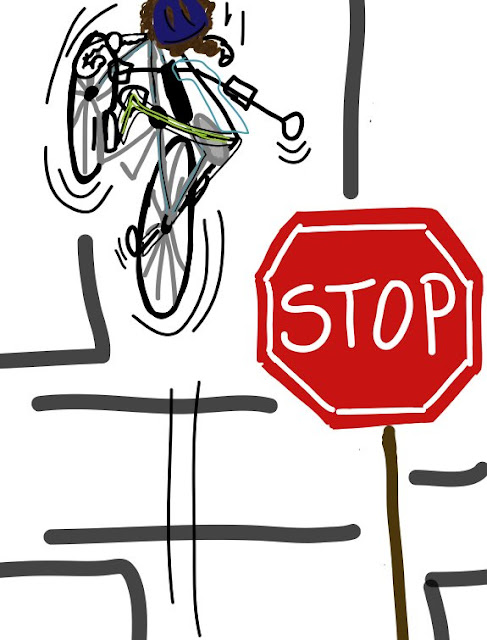 My personal goal for the day was a little different, consisting mostly of just going forward while staying upright.

So off we went along the trail.  Things were going swimmingly until suddenly--and without any warning, I might add--the trail sloped downward and a huge bend in the road LEPT out in front of me!  *Naturally*, I cranked my handlebars all the way to the right to prepare to turn.  This caused two completely unforeseeable things to occur:

#1: my handlebars were now safely tucked away under the top bar of the bike where they could do no harm.

#2:  the rear brake (had I actually considered using it) was now completely out of reach.

I continued to gain speed and rapidly saw the shimmering, picturesque Sammamish River, complete with ducks, zoom sharply into focus.  As I saw it, I had two options:

Option A:  take a refreshing dip and share my musings on biking with the water fowl. 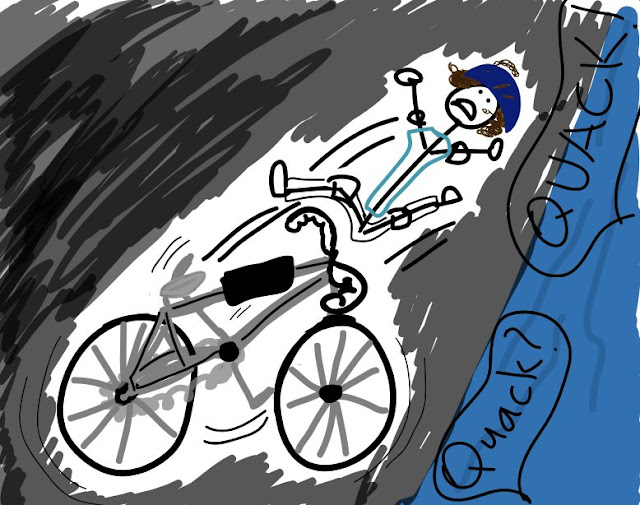 I managed to briefly horrify a lovely couple taking an afternoon stroll, as they ran up to me screaming "OH MY GOSH!!!  ARE YOU OKAY????!!!!" 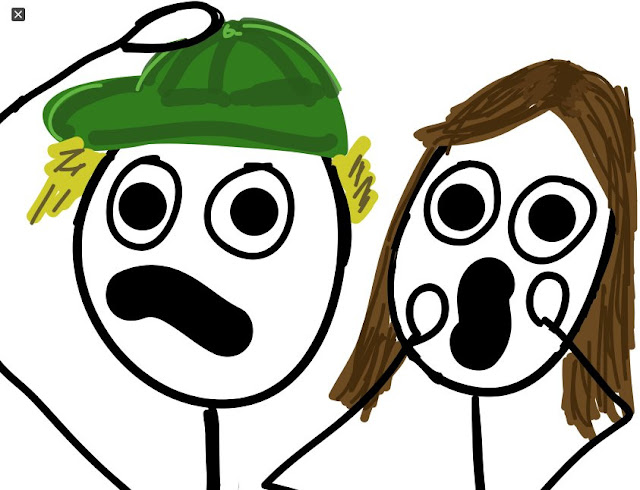 (Like I said, they were horrified).  But then, as they got closer, the gentleman quickly evaluated the situation and concluded,  "Well, it looks like you came well-prepared."

It was at that point that Dave rolled up beside me and noticed that I was not currently in an upright position.  Sadly, he had missed the entire show.  Which was too bad for him, because I was not ready for my encore (that will come with the bee story).  I stood up, took my bow, and rode back to safety, a.k.a. el carro.

I suspect that the copious amounts of padding, plus the fact that I had probably been going a brisk 5 miles per hour downhill (okay, it may have been a slight slope) prevented any significant bruising.  Aside from, perhaps, just a little bit of my ego.

NEXT TIME:  PERFECTING THE DISMOUNT
Posted by TriGirl at 8:03:00 PM 2 comments:

How Quickly We Forget

As I mentioned in my first post, at the time I started my triathlon quest I had not ridden a bike in about 25 years (seriously). So, since I knew nothing about the current bicycle market I decided to go to the person who has always ridden a bike, and ridden it well. That person was my husband, who will henceforth be referred to as "Dave" because, well, that is his name (hehe). Anyhoo, Dave took me to the local REI where we talked to some lovely salespeople. Upon hearing that I needed a bike for my FIRST TRIATHLON they could barely contain their excitement! They regaled us with stories of how wonderful the Danskin triathlon is, and how some women bring their rusty old 10-speeds to the race. I, on the other hand, was in luck because I was going to get a road bike and would be able to sail past all the other racers! So I left with a brand-new, beautiful road bike, with absolutely no experience in "hand-brakes" or gears. Of course, we were talking about riding a bike and you know how the saying goes...

Once home, Dave coaxed me into taking the bike out for her maiden voyage. I walked her down the driveway and hopped on (I *may* have hopped on 5 or 10 times before sticking the landing). I headed off down the road feeling like I was going uber-fast. In retrospect, it was really just my heart hitting top-speed. Nonetheless, I had a clear impression of how I looked on my sleek new wheels: 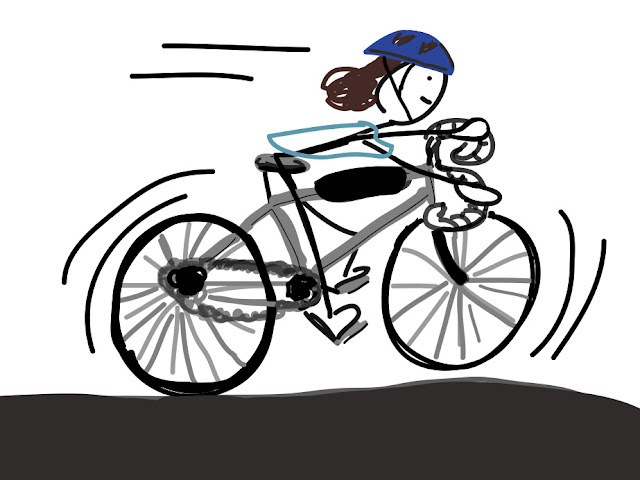 Unfortunately, according to Dave I looked more like this: 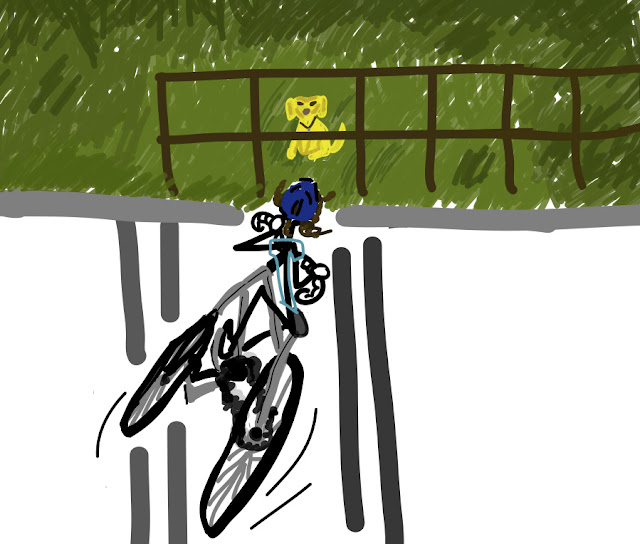 *Note if you will the severe bike lean to the right, paired with the severe body lean to the left (balancing each other out, of course) and the butt sitting squarely on the outermost edge of the seat.
This led to the following views of my neighbours' dog at the end of the street: 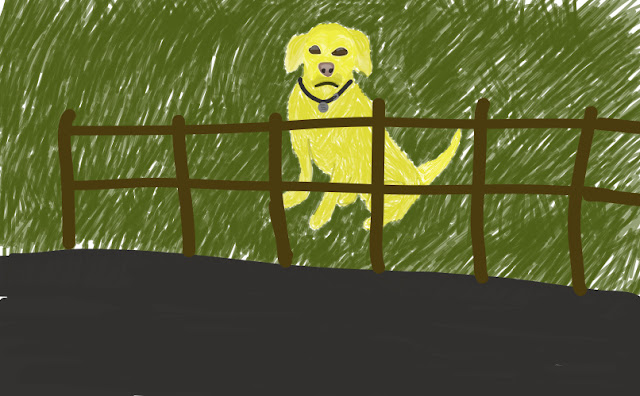 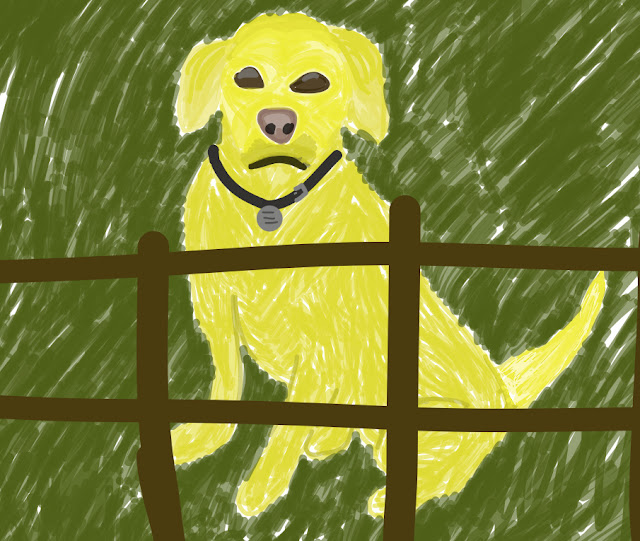 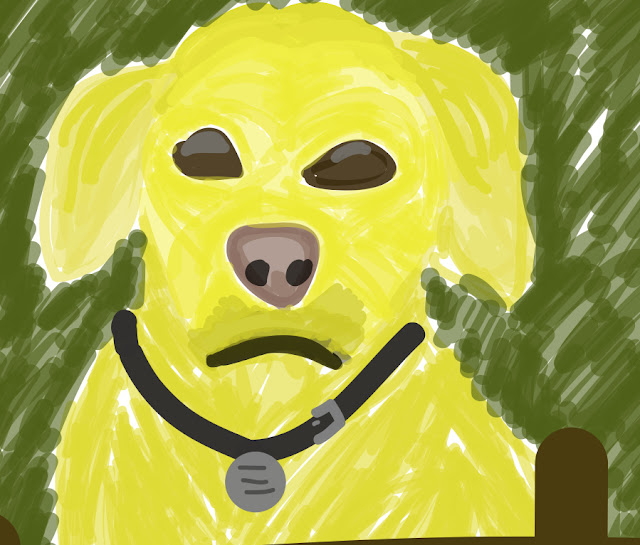 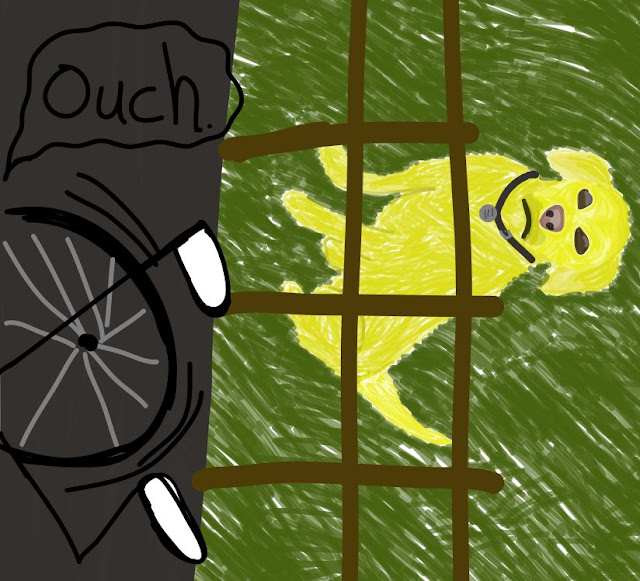 And that is why Dave insisted I start wearing knee and elbow pads.
Posted by TriGirl at 6:30:00 PM No comments: